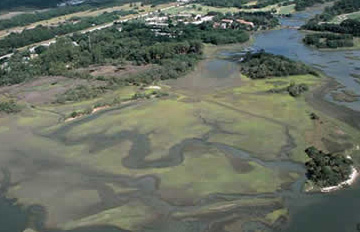 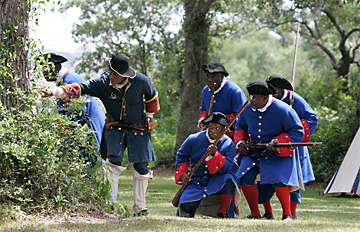 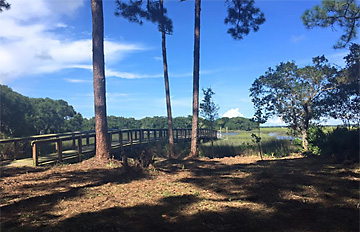 The historic site of Fort Mose, established in 1738 by the Spanish as the northernmost point of defense of St. Augustine, is a landmark in American history. About 100 escaped African slaves, who had been serving colonists in the British settlements to the north, were given sanctuary by the Spanish and lived in St. Augustine during a time when the Spanish were trying to reinforce defenses against the British. With great tension between Spain and England, the Spanish authorities in St. Augustine envisioned a strong settlement of free blacks as a major defense for the city, and joined them in building a strong fort of logs and earth two miles north of the City Gates and Cubo Line.

Around Fort Mose, the free Africans cleared fields and built permanent homes of their own. Just one year after the fort was constructed, during a British attack by General James Oglethorpe, the Spanish evacuated the Fort Mose inhabitants into the city and the English overran Fort Mose with a force of 137 men. The Spanish launched a surprise pre-dawn attack on the fort, in a bloody battle with men of the free black militia joining the Spanish troops. The fort itself was destroyed as the Spanish-led forces defeated the British. A second Fort Mose was completed in 1752 just northeast of the original fort's site, and free Africans lived there in peace until 1763. That year Florida was surrendered to Great Britain as part of the treaty ending the French and Indian War, and the inhabitants of Fort Mose were evacuated. Many were resettled in Cuba. The sites of the two forts became overtaken by marsh and nearly forgotten for centuries. Archaeologists eventually identified the evidence of the forts when a landowner, Jack Williams, set out to prove Fort Mose had been on his property.

Today coastal marshes cover what were once the cultivated fields of Fort Mose inhabitants, and the site of the fort is marked with trees. No remains of the earth and wooden structures remain. A boardwalk provides great opportunities for viewing the site of the original settlement, marshes, birds, and wildlife, spanning over 40 waterfront acres. Birding enthusiasts will enjoy opportunities to see species such as Bald Eagle, Great Blue Heron, and White Ibis. Interactive exhibits at the Museum Visitor Center tell the stories of first legally sanctioned free African settlement in what would become the USA, and of the two forts. Artifacts discovered by archaeologists are displayed. The park is located just north of where U.S. Hwy 1 and San Marcos Avenue merge, three miles north of the Castillo de San Marcos, just off US 1. The grounds are open daily and the Museum is open daily except Tues and Wed, with a small admission fee. Address: 15 Fort Mose Trail, St. Augustine, FL