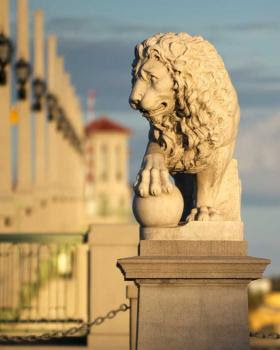 Tell your friends from faraway to put a visit to St. Augustine on their bucket list, because National Geographic Traveler magazine editors announced this week that the city is one of the 20 “must-see places” in the world for 2013.

It’s quite an honor, with the city being paired with other beautiful and exotic places, including Kyoto, Japan; Marseille, France; Malawi, Africa; and Crimea, Ukraine, as well as three other U.S. destinations and two Canadian sites.

“I think it’s the most significant (recognition the city has gotten) at this point,” said Mayor Joe Boles. “It’s a year-round priority for people to come see us.

Between 20 and 30 judges whittled around 200 places in the world down to 20 for the Best of The World 2013 list, said Keith Bellows, editor in chief of National Geographic Traveler.

“We look for something that sort of hits us in the gut,” Bellows said.

Judges were not looking for anything mainstream or just the “next hot destination.” Rather, they were looking for places that would appeal to travelers looking for authenticity and culture, he said.

St. Augustine was included for its “sense of character, sense of place, an understanding that the things that make it special are worth preserving.”

While St. Augustine has its touristy places, it has done well preserving “its essential character,” Bellows said.

“There’s also some sort of real off-the-main-street kind of expressions of where it came from,” such as the fort, he said.

The article also recommends places to go, eat and stay in St. Augustine, including The St. Francis Inn, The Floridian restaurant and the Mill Top Tavern.

Joe Finnegan, owner of the St. Francis Inn, said a friend told him about the article.

“It’s a little bit like getting the Good Housekeeping seal of approval,” he said. “We’re very honored and proud…”

Richard Goldman, executive director for the local visitors and convention bureau, said he believes it is the best recognition St. Augustine has received in the past couple of years, and that the recognition will bring more visitation and interest to the city.

Tourism officials have been working to bring more attention to St. Augustine as the 500th anniversary of the discovery of Florida approaches, and that this is a sign “the strategy is working.”

“We’re very hopeful that this is just the beginning of the attention of our destination to the world,” he said.

Excerpts from the article:

n “Today, finding a genuine slice of “Old Florida” can be a scavenger hunt. The breezy Spanish colonial city of St. Augustine is an exception to the rule.”

n “A pair of marble lions greets visitors crossing the regal Bridge of Lions into the walled city. Looming over it is Castillo de San Marcos, a 17th-century fort surrounded by a moat and occupied at various times by Spanish, British, Confederate, and U.S. soldiers.”

n “St. George Street, St. Augustine’s main drag, may have become overly touristy and crowded with T-shirt emporiums and fudge shops, but the side streets still harbor scrubby garden courtyards and off-the-radar bars, such as the 130-year-old Mill Top Tavern, where you can imagine what Old Florida was like before it became the Sunshine State.”

To view the article, go to http://travel.nationalgeographic.com/travel/best-trips-2013/ 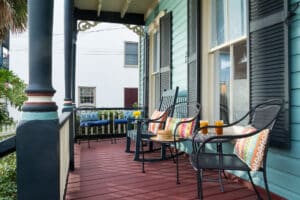