The Fountain of Youth Archaeological Park 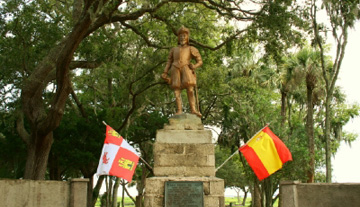 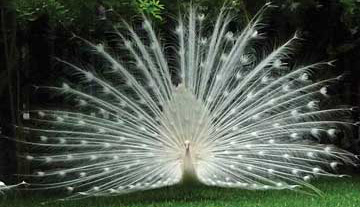 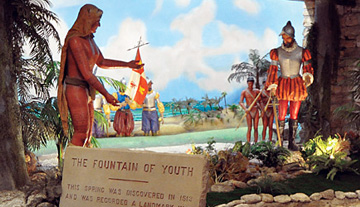 More than a tourist attraction, the Fountain of Youth preserves 15 waterfront acres, the site of the original fort and village of St. Augustine, established in 1565. The Fountain of Youth legend developed from the voyages of Juan Ponce de Leon in 1513. He sighted the coast on Easter Sunday, known in Spanish as "Pascua Florida', thus naming the land La Florida, and declared a source of the proverbial 'fountain of youth.' Exactly where Ponce de Leon landed is not known, but a little spring was the attraction on this site when the Fountain of Youth opened in 1901, and it is now enclosed in a stone building that features a diorama of Ponce de Leon's  1513 landing.

A tour of the lush park includes the Spring House, Spanish Watchtower, Menendez 1565 Settlement Field, and Founders Riverwalk running 600 feet over the marsh. The park also includes a planetarium, a giant illuminated globe showing routes of discovery to the New World, beautifully landscaped grounds manicured for over a century, and a statue of Ponce de Leon. Cannon firings, weapons demonstrations, resident peacocks, living history exhibits, and a large events pavilion are also in the park. Archaeologists have discovered buried remains of the original Spanish fort and settlement in the grassy marshes bordering the park, as well as the site of the  nation's oldest religious center, the Mission Nombre de Dios, and the Native American settlement of Seloy, occupied by the Timucuan when Pedro Menendez landed in 1565. The park is located at 11 Magnolia Drive, St. Augustine, FL - voted one of the ten most beautiful streets in America by National Geographic - and open daily except for Christmas Day. Admission is charged.